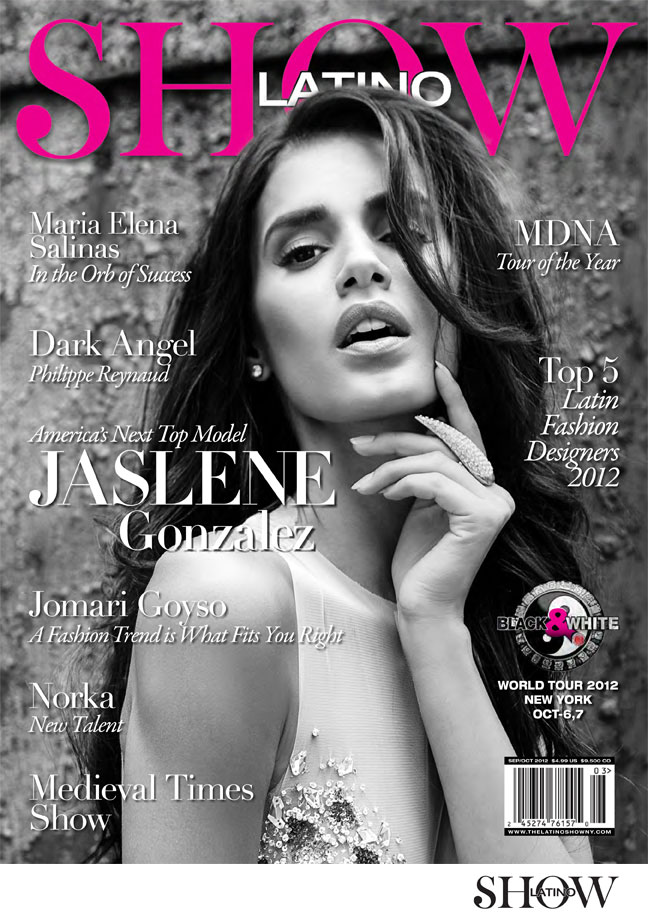 Rhythmic movements, a fixed stare, and legs crossing while giving flight to the soft fabrics that dance as she walks, or to outline the fine thin figure showing off the femininity and sensuality of Latin women, are all components that capture the viewers who watch the parades and photographs of Jaslene Gonzalez, the woman who can express feelings, emotions and at the same time, establish a safe and aesthetic image, on the runways of the world. Jaslene, winner of the eighth season of the coveted competition, America’s Next Top Model, an American show in which a great number of excellent models compete for the title of “Most Coveted American Model in the Industry”, created and directed by the model Tyra Banks, is a young Puerto Rican, a dreamer, professional and talented, but above all, a woman with her feet very firmly on the ground, maturity that has allowed her to enjoy her triumphs, while retaining the warmth and simplicity that have always characterized her. 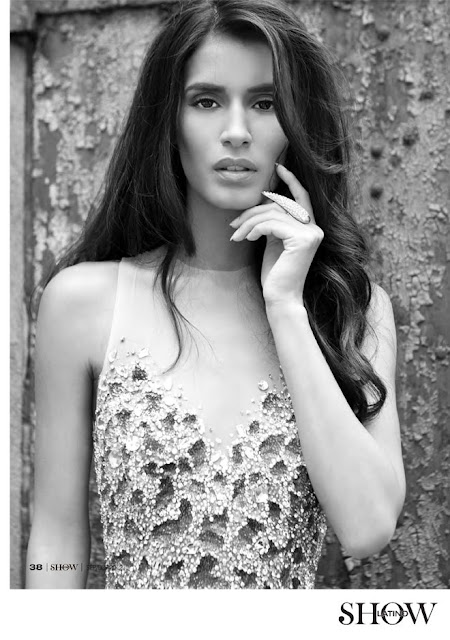 Currently, Jaslene Gonzalez is the image of Cover Girl, but her face has also been the leading figure of Garnier Nutrisse and countless national and international commercial brands. Her trip to India, has been one of her greatest triumphs, as this wonderful and mystical country, was the setting for the pictures where she was featured on the covers of Vogue and Elle magazines. “Visiting India has been an unforgettable experience for me, its people treated me very well, they are very welcoming. It is a very colorful country, and I worked with the best photographers in the world and I had the opportunity to try out many different foods, which for my palate, were very new. I made friends and I managed to make the cover of magazines that I always dreamed of appearing in. This trip took place after an agency in India called my agent two months after having been in Mexico. Many people wanted to meet me because the show America’s Next Top Model is very popular there. It has been a great honor to represent the Latin beauty in such faraway lands.” But more than satisfaction, Jaslene has clear the responsibility that comes with being a public figure, in a world that may be meaningless to many. “I understand that popularity comes with a great commitment and that responsibility is individual, not everyone can carry it. That’s why I stay very connected to my inner beauty, because it is only when you feel your inner beauty that can you transmit it through your skin, your eyes and the way you walk, without ceasing to be who you are. Modeling is not as easy as it seems, but I have learned to communicate on the catwalk what I feel inside. To achieve this, I make sure to keep positive thoughts and see the beauty in the world, there are so many sad things on our planet, that the best thing we can do for it is to give it beauty. I could not do anything different than this, I love my job.” And her physical beauty has helped her contribute to mankind as Jaslene participates in parades for which the funds are allocated to organizations and nonprofit campaigns that help women and children.

Her honesty and her desire to inspire them to always do better are contributions that are part of her career. “The desire to contribute comes from home. I am the oldest of 4 children and I come from a home with very well defined Latin roots. My parents have always been in my life to support me and to instill the values that accompany me in my travels around the world. My love for humanity and passion for what I do comes from them. I have a 7 year old sister who sees me as her role model and this educates me and makes me conscious of how other girls see me; so whenever I can, I advise them to eat and sleep well, to stay active and focused on their goals and to never stop dreaming.” 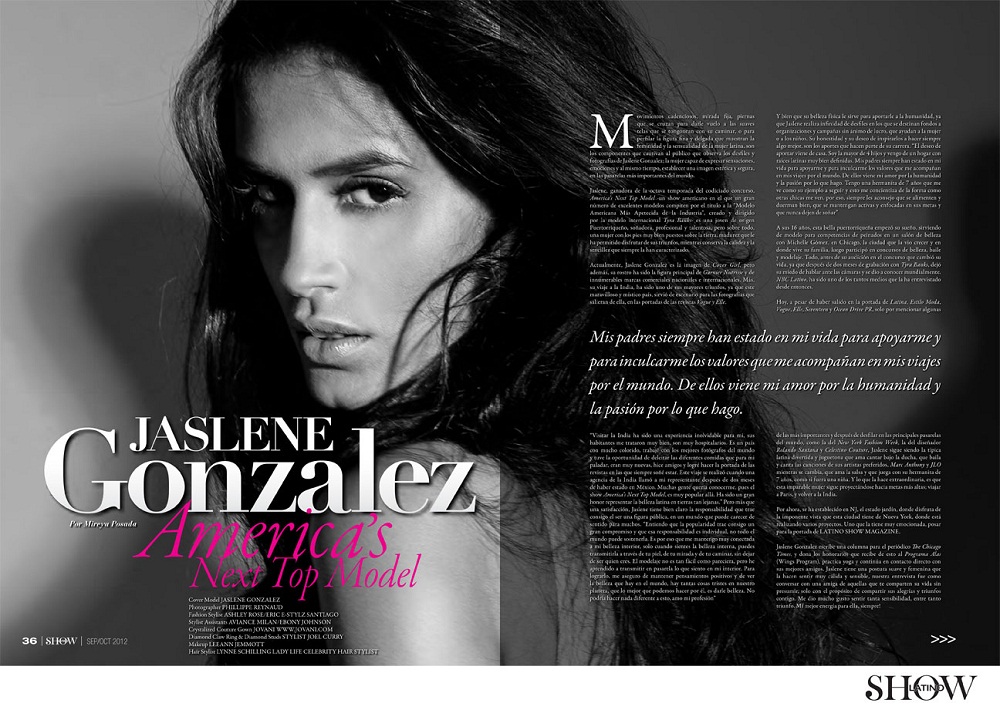 At 16 years old, this beautiful Puerto Rican began her dream, modeling for hair style competitions in a beauty salon with Michelle Gomez in Chicago, which is where she was born and raised, and also where her family lives; she then took part in beauty pageants, dance and modeling. All, before auditioning for the contest that changed her life, because after two months of recording with Tyra Banks, she left behind her fear of talking in front of the cameras and became known worldwide. NBC Latino has been one of the many media that has interviewed her since then.

Today, in spite of having come out on the covers of Latina, Estilo Moda, Vogue, Elle, Seventeen and Ocean Drive PR, to mention a few of the most important and after modeling on the main catwalks of the world, like that of New York Fashion Week, that of designer Rolando Santana and Celestino Couture, Jaslene continues to be the typical fun and playful Latina who loves to sing in the shower, who dances and sings songs of her favorite artists while she gets dressed, who loves salsa and plays with her 7 year old sister as if she were a child herself. And what makes her extraordinary is that this woman continues projecting herself towards higher goals; traveling to Paris, and returning to India.

For now, she’s settled in New Jersey, the Garden State, where she enjoys her towering sight that this city has of New York City, where she’s currently working on some projects. One of them has her very excited, posing for LATINO SHOW MAGAZINE.

Jaslene Gonzalez writes for a column in The Chicago Times and donates her fees to the Wings Program; she practices yoga and stays in touch with her best friends. She has a soft and feminine posture that gives off a feel of warmth and sensibility; our interview was like talking to a friend, the type of friend that shares her life without being presumptuous, just sharing her joys and triumphs with me. I was very pleased to feel so much sensibility amidst so many triumphs. My best energy for her, always!

Posted by LATINO SHOW MAGAZINE at 11:18 AM

Email ThisBlogThis!Share to TwitterShare to FacebookShare to Pinterest
Labels: 5 EDITION

LET US HEAR YOUR OPINION